Europe’s youngsters Back on the International Court

Europe’s youngsters Back on the International Court

“Being back on court with young athletes was the perfect way to start after the beginning of the pandemic, as they are the future of our sport”, said IWBF Europe President Walter Pfaller

Sport competitions have been put on hold and postponed several times due to the Covid-19 pandemic. Wheelchair basketball championships and tournaments have slowly come back in the last 10 months, but international ones still had to wait. Two months ago, at the end of April, wheelchair basketball was able to return on the international stage with the Champions Cup hold in Wetzlar, Germany, but competitions for national teams had to wait a little more.

After several postponements due to Covid-19 pandemic situation, the European Championship Men U22 acting as European Qualifiers for World Championship Men U23 took place in Lignano Sabbiadoro, Italy. With it, national teams’ championships are officially back on court. From 13th to 18th June 2021, seven teams represented their countries and fought to be crowned European champion and for five available tickets for the World Championship Men U23 that will be held next year in Chiba, Japan. The event was organized by IWBF Europe in collaboration with the Italian wheelchair basketball federation, FIPIC.

“Being back on court with young athletes was the perfect way to start after the beginning of the pandemic, as they are the future of our sport”, said IWBF Europe President Walter Pfaller during the closing ceremony, who also added “We are back on court after more than one year and this is the biggest success for each of us. All teams have performed games at the highest level, and compliments from IWBF Europe go to all of them. Special congratulations go to the very strong European champion Spain, second place Germany and third place Israel, but also to the other two qualifiers for Japan: Turkey and France.”

Unfortunately, spectators and supporters were not allowed in the sports hall due to the current situation. However, the great work of the organizers, that provided 16 matches and more than 35 hours of report, allowed everyone interested to follow the championship.

“IWBF Europe wants to thank you the Italian Federation FIPIC and the local organizing committee, that under strict hygienic measures, organized a perfect and, most important, a safe event for all participants. The response from FIPIC to the current situation was very professional with the delivery of all the games in livestream. With this great effort all the games have been delivered directly to each supporter’s home. It is important to mention that the hall was full of emotions, passion and enthusiasm for wheelchair basketball”, says Walter Pfaller. FIPIC President and IWBF Europe Vice-president Fernando Zappile underlines “You see this sports hall empty, but it is not empty. It is full thanks to our hearts and your hearts”, referring to the teams, the local organizing committee and the international technical officials.

The work behind the championship was immense and brought more challenges than previous events due to the current pandemic situation.

“First of all, I want to thank you all those have contributed to the organization of this event, from Pdm Treviso club to the group headed by Massimiliano Cricco, without forgetting the role of Paolo Barbisan, President of the club of Treviso, of Giovanna Favaro, number one of De Longhi Treviso, and of all the volunteers and sponsors that made this European championship U22 edition possible. It was a bet for all of us, also a bit risky, as the uncertainties were a lot and the difficulties even more in this struggling context with the pandemic still present. Nonetheless, with a hard work from everyone, we transformed this bet in a victory, allowing the first event for national teams after a year of stop to take place in full safety for all the participants. Making a new quality standard from the organizational point of view, I can say, without fear of being contradicted, that we assisted to the most successful edition ever of a European championship U22, under all points of view. I want to thank you IWBF Europe and its President Walter Pfaller to have chosen Italy and Lignano Sabbiadoro again for a moment of hope and restart for the whole movement of European wheelchair basketball” concludes Fernando Zappile. 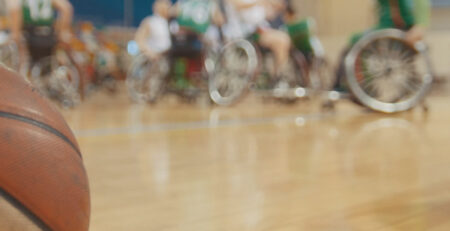 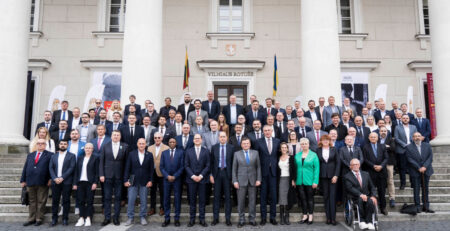