The Paralympics Games 2020 are taking place in Tokyo, Japan from August 25th to September 5th 2021. 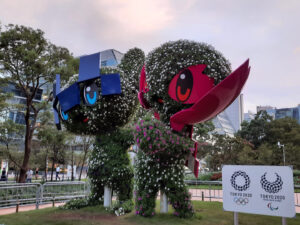 Ten teams will compete in the women’s competition, split across two groups of five. They will play a round-robin in the preliminary stage to decide the top four placings in each group followed by quarter-finals, semi-finals and final.

World Champions Netherlands were first to secure their place at the Paralympic Games at the Women’s European Championships alongside Great Britain, Germany, and Spain. Canada and the USA were next to confirm their spots coming first and second respectively at the Lima 2019 Parapan American Games. China and Australia topped the Asia Oceania Championships to join hosts Japan. Finally, it was Algeria who claimed the last spot from the Afro Paralympic Qualifiers.

In the men’s competition, twelve teams will be drawn into two groups of six, playing in a round robin in the preliminary stage with the top four in each group making their way through to the quarter-finals, followed by the semi-finals and final.

First to qualify for the men’s competition were the USA, Canada, and Colombia from the Lima 2019 Parapan American Games. The European Zone were next with Great Britain, Spain, Turkey, and Germany securing their ticket. In the Asia Oceania Zone, Australia, Korea, and Iran are joined by hosts Japan, with Algeria taking the final spot.